Its official- we are a nation of idiots

September 03, 2011
Its official- we are a nation of idiots: I got an email from the public relations company for General Electric Corporation’s house organ Txchnologist magazine. The PR guy noted

If by “outward facing” content he means complete lies, frauds and hoaxes, well, duly noted. What got me all worked up was the article titled “Thorium lasers: The thoroughly plausible idea for nuclear cars.” That article has statements like:

Good gosh, is our country so full of idiots that we can’t parse this sentence to see it is at best a joke and at worst an actionable hoax perpetrated by criminals?

Popular posts from this blog 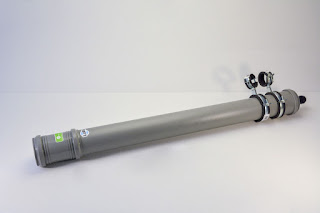 Kudos to IRNAS for this Gateway built to be simple & elegant.
Read more